The Wind in the Willows

Kenneth Grahame’s Wind in the Willows is a classic story, in the style of Beatrix Potter’s Tale of Peter Rabbit and others. Wind in the Willows is about the wealthy Mr Toad of Toad Hall, who lives the carefree life of an English country gentleman. When he sees his first motor car, he promptly falls uncontrollably in love with motoring, so he immediately buys one. He loves to go as fast as possible but doesn’t know how to stop, so he promptly crashes. Another car is bought, followed by another crash, and another, and another. Once at the throttle, Toad, in his goggles and scarf, is a toad possessed. His friends, Otter, Badger, Mole and Ratty, try to stop him, but he just can’t keep his promise to abstain. They seize his cheque book, but Toad just buys another car on credit — and crashes again! Soon Toad is ruled off the road as a menace. But then he sees another roadster and just can’t help “borrowing” it! For this he is sent to jail for twenty years. But Toad, the dashing charmer, is soon free again, helped by the jailer’s daughter who adores him. He escapes dressed as a washerwoman — which is humiliating to the vain Toad, but it allows him to sneak out of the jail and on to a speeding steam train and back to his home. But Toad  Hall has been overrun by a family of free-loading weasels. Toad and his friends mount a surprise attack by scurrying through a secret tunnel and into Toad Hall. The friends chase the interlopers away and Toad is restored to his former glory. But has he learned his lesson? Can he resist the “Poop! Poop!” of a car speeding down the lane?! 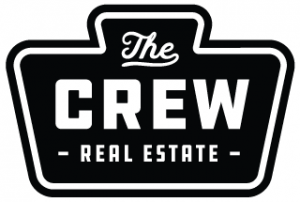